United Kingdom Is Ruling The Apparel And Fashion World. Here’s How

The United Kingdom’s textile industry plays a vital role in the country’s economy for centuries. The textile industry of the UK drove the industrial revolution, advanced technology, raw materials imports, and better logistic. And as a result of this, the UK became the global textile industry leader.

Today, the UK textile industry holds 6 percent market share only in the fashion sector. The domestic market value of the UK fashion industry in Approximate 66 Million Pounds. Total household clothing consumption in the UK is above 6 Million Dollars per year. The country has advance spinning and weaving technologies to produce the high-quality and largest collection of fabric. Later on, the fabrics are exported and supplied around the European, Middle East, China, Pakistan, and the other parts of the globe.

At the beginning of the 18th century, the key UK textile industry was producing textiles from the large sheep-farming areas from the midland and the other regions across the country. The UK textile industry employed Britain by opening major centres in the west country, Norwich and environs, and west riding of Yorkshire. The woolen goods export trade accounted for more than a quarter of British exports during the 18th century. Interestingly, the cotton exports grew tenfold during the period, but that’s still accounted for only a tenth of the woolen trade. Moreover, fabrics such as silk, fustian, and linen were eclipsed by cotton, which turned out to be the most important fabric of all time.

Later in the 18th century, the major shift was towards machine-based manufacturing from labor and draft animal-based economy. The UK textile industry was getting mechanized with the development of iron-making techniques and the increased use of refined coal. Textile manufacturers were now able to pull thousands from low-productivity work in agriculture to high-productivity urban jobs.

By the turn of the 19th century, imported American cotton has replaced wool in the North West of England. Although wool always remained the chief textile in Yorkshire.

The textile industry can be identified as a catalyst for technological development. The UK textile trade progress soon outstripped the original suppliers of raw materials as the economic growth was not sustained by domestic demand alone. The advanced technology and the factory system of the UK created the levels of mass production and cost efficiency, which enabled British manufacturers to export cost-effective clothes and other goods across the world.

In the period between 1815 to 1870, Britain reaped the benefits of being the world’s first modern industrialized nation. The country defined itself as “the workshop of the world,” which means that its finished goods were produced so efficiently and cheap to undersell any comparable products.

By 1900, Britain’s global share soared to 22.8 percent of total imports. By 1922, its worldwide share rose to 28.8 percent and 14.9 percent of manufactured exports and total exports.

With the growing demand for cheap clothing, retailers are continuously looking for cost-effective ways to keep their stock up. Today labor costs are 37 times cheaper when outsourced to Asia than when buying from domestic suppliers. However, most of the high street chains are continuing to turn their backs on UK-manufactured clothing, which results in many campaigns to Buy British.

Today two major concerns of the UK textile industry are infrastructure and skills. For cotton producers to again reach the highs in the early 20th century is quite challenging. However, the UK has dedicated considerable skills and infrastructure to restores the cotton manufacturer.

Yet, the United Kingdom holds the top 15th position in the list of textile goods producers worldwide. The UK textile industry is moving towards a brighter future by starting smaller, producing high-quality goods, luxury garments, and continuously innovating new.

Shop these latest collection of fashion pieces that should be in your wardrobe:

Are Digital Fashion And Trade Shows The Way Forward For The Fashion Industry?

What Are Digital Trade and Fashion Shows? With consumers becoming more cautious with their money and global supply chains gone awry, it is very difficult to set a fixed strategy for the fashion industry going forward. One thing for sure is that the Covid pandemic has brought huge changes to the way the industry currently functions....

Introduction We’ve predicted the future of fashion for years now, and it’s finally here. We’re sure you’ll agree that what we’ve seen so far could not have been imagined even 10 years ago. We’re looking forward to seeing how this trend continues to evolve over time—and what new trends will be born out of it!... 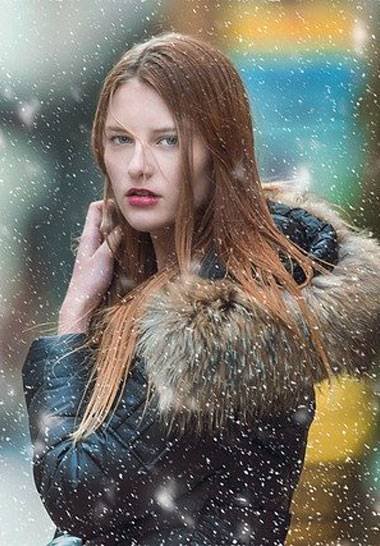 Are Digital Fashion And Trade Shows The Way Forward For The Fashion Industry?

What Are Digital Trade and Fashion Shows? With consumers becoming more cautious with their money and global supply chains gone awry, it is very difficult to set a fixed strategy for the fashion industry going forward. One thing for sure is that the Covid pandemic has brought huge changes to the...

What Is Organic Cotton and Sustainable Fashion

Rising awareness among consumers and retailers has induced fashion brands and retailers to introduce apparel lines produced from organic cotton. The cotton landscape of the world today is dominated by GM cotton. Organic cotton forms only 0.7 per cent of the total global cotton production. However, with growing global concerns...

How To Find Motivation In This Difficult Time

Dream it. Wish it. Do it. Being in quarantine means new and very different routine rather than what we once knew as normal life. Especially when the Spring just came and that used to be my favourite time of the year, one that meant as many daily hours spent outside...